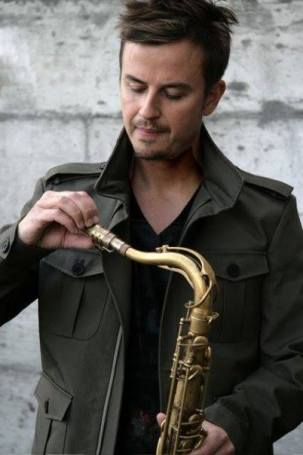 Joel Palsson – saxophones
Jóel Pálsson (b. 1972) studied clarinet from age 8, but turned to the tenor saxophone and jazz studies at 15. After finishing music school in Iceland he enrolled Berklee College of Music in Boston from which he graduated Summa Cum Laude in 1994. He has performed in various concerts and festivals in Europe, USA, Canada and China and appeared on over 100 albums.
Jóel has recorded five CD’s with his own compositions. His music often mirrors his diversity as a performer, combining improvisation and written parts influenced by different musical styles such as church music, rock, free improvisation, funk and folk music.
Jóel has been awarded four times at the Icelandic music awards for his albums, thereof three awards for Jazz album of the year.
Joel on Spotify
Joel on Apple Music