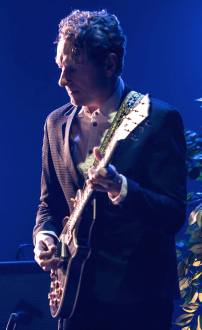 Gudmundur Petursson – guitar
Gudmundur Petursson has worked on over 200 albums as a instrumentalist, writer, arranger, producer and engineer. He has also toured the world with artists as diverse as Pinetop Perkins and Erlend Oye.
Gudmundur has released three albums as a solo artist. He has also composed orchestral and chamber works which he performs as a soloist. Gudmundur has received the Icelandic music awards several times, both as a guitarist as well as a composer in jazz category.